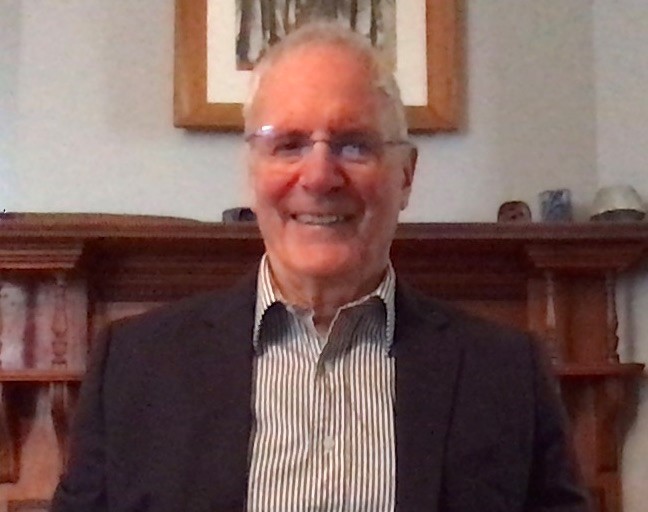 Stephen L. Bacharach, PhD, (pictured left) a physicist known for his research in cardiac and PET oncology imaging, has been named as this year’s recipient of the Georg Charles de Hevesy Nuclear Pioneer Award. Bacharach was presented the award by the Society of Nuclear Medicine and Molecular Imaging (SNMMI) at its 2020 Annual Meeting.

“Dr. Bacharach is considered to be one of the premier physicists in the area of nuclear medicine and cardiology and is nationally and internationally known for his research on gated cardiac blood pool imaging,” said SNMMI president Vasken Dilsizian, MD. “Dr. Bacharach is a brilliant teacher, a thoughtful investigator and a prolific writer. He makes the most difficult concepts in physics, nuclear medicine and statistics easy to understand. An intellectual with marvelous human values, he is most deserving of the Georg Charles de Hevesy Nuclear Pioneer Award.” Bacharach is recognized for his inception of and contributions in the areas of gated cardiac blood pool imaging, informatics, data processing and analysis. He and his colleagues were the first to apply the technique of evaluating cardiac function at rest and stress, a test that was the mainstay of nuclear medicine for many years.

Bacharach received his undergraduate and master’s degrees in engineering physics from Cornell University in Ithaca, New York, and went on to earn his doctorate from Cornell in applied physics. For nearly 40 years, Bacharach worked at the National Institutes of Health (NIH) in Bethesda, Maryland. He was appointed senior tenured research scientist at NIH and was head of the Imaging Science Group until his retirement in 2005. Bacharach then moved to San Francisco, where he was appointed visiting professor of radiology at the University of California, San Francisco (UCSF). He retired from UCSF in 2017.

During his career, Bacharach was invited to serve many short-term appointments around the world, including as a consultant with the World Health Organization at the Bhaba Atomic Research Centre, Mumbai, India; chief medical worker at the University of Utrecht in the Netherlands; visiting professor in the joint MD/PhD Program at MIT and Harvard; and held the chair of excellence at the University Carlos III in Madrid, Spain.

“As a physicist, I am especially honored and humbled to receive the de Hevesy Nuclear Pioneer Award. Although de Hevesy was primarily thought of as a chemist, his degree was in physics, and he worked with some of the greatest names in physics of all time, including Ernest Rutherford and Neils Bohr,” remarked Bacharach. “I sincerely thank everyone at the SNMMI and all my collaborators for helping me get to this pinnacle at the end of my career.”

The list of previous recipients of this award includes numerous Nobel laureates—including Ernest Lawrence, who built the world’s first cyclotron for the production of radionuclides, and Glenn Seaborg, who discovered more than half a dozen new elements.