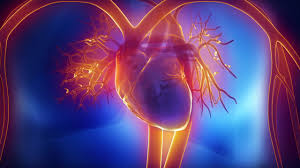 Whole body positron emission tomography (PET) has, for the first time, illustrated the existence of inter-organ communication between the heart and kidneys via the immune system following acute myocardial infarction, or heart attack. According to research presented at the Society of Nuclear Medicine and Molecular Imaging’s 2020 Annual Meeting, the identification of a systemic inflammatory response to myocardial infarction has the potential to assist physicians in identifying patients most at risk of disease progression and most likely to respond to therapy.

Patients with acute myocardial infarction often develop impaired kidney function, thought to be mediated by the activation and mobilization of immune cells, or inflammation. While inflammation is necessary for effective healing, uncontrolled inflammatory cell activity can be detrimental for both the heart and the kidneys. To further understand the mechanics of this bidirectional interaction, researchers conducted a preclinical analysis of a novel imaging agent that targets inflammatory cells after myocardial infarction.

Cardiac CXCR4 signal was significantly elevated on the first day of imaging and returned to sham level after seven days. Renal CXCR4 signal was unchanged on the first day of imaging, but was reduced after seven days as compared to sham levels. Cardiac and renal signal were directly correlated, suggesting an inflammatory link between the heart and the kidneys. Ex-vivo autoradiography confirmed a significant correlation between tracer retention in the myocardial infarction region and the kidneys.

“This study provides a foundation for simultaneous examination of heart and kidneys after myocardial infarction by using molecular imaging,” noted Rudolf Werner, MD, PhD, resident in the department of nuclear medicine at Hannover Medical School in Hannover, Germany. “It provides an impetus for the pursuit of systems-based multi-organ imaging to investigate systemic response to focal injury.”

He continued, “Assessment of inflammation after myocardial infarction is beginning to be evaluated in clinical populations. With the growth of long-bore cameras with larger fields of view, the concept of multi-organ imaging will expand substantially in the next years.

In the future, nuclear medicine techniques may identify the optimal patient and time point for anti-inflammatory therapy, and identify the added risk to off-target organs after primary injury.”

This work was supported by the German Research Foundation (DFG), through the PRACTIS – Clinical Scientist Program of Hannover Medical School (ME 3696/3-1).