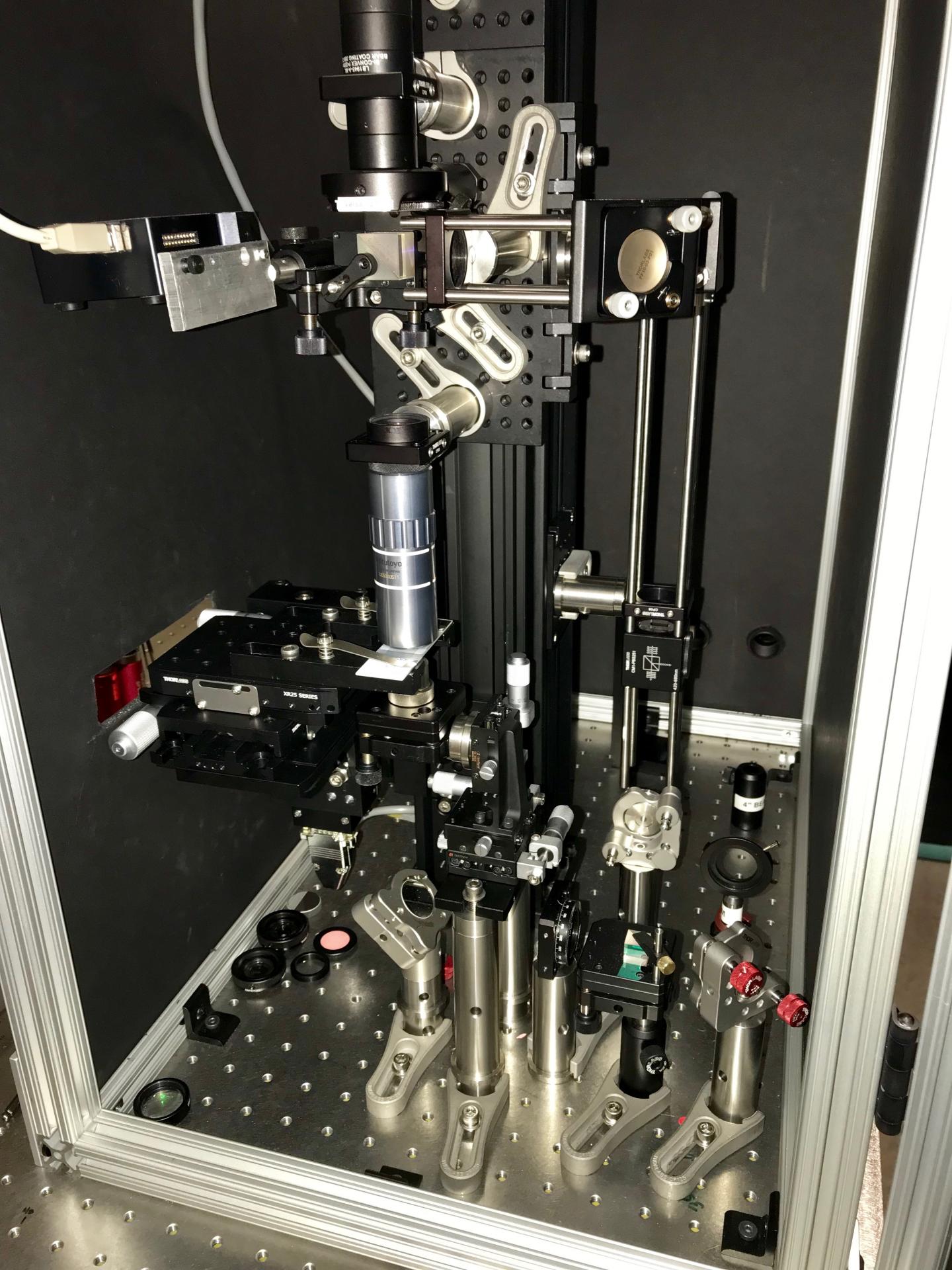 A collaboration between Colorado State University and University of Illinois at Urbana-Champaign resulted in a new 3D imaging technique to visualize tissues and other biological samples on a microscopic scale, with potential to assist with cancer or other disease diagnoses.

Their technique, which allows specimens to generate light at double the frequency, or half the wavelength, of the incident light, is referred to as harmonic optical tomography and looks at 3D signals that are generated from the sample. The team's work is described in a paper, "Harmonic optical tomography of nonlinear structures," published online June 1 in Nature Photonics.

Harmonic optical tomography, or HOT, is based on using holographic information, which measures both the intensity and the phase delay of the light, to generate 3D images of a sample by exploiting a new physical mechanism used to obtain three-dimensional images.

"Our lab specializes in using holographic data to investigate live cells and tissues," said Gabriel Popescu, a professor of electrical and computer engineering at University of Illinois and director of the Quantitative Light Imaging Laboratory at the Beckman Institute for Advanced Science and Technology. "We wanted to extend this technique to nonlinear samples by combining the holographic data and new physics models."

In this collaboration, the team developed theoretical models to describe how to image the tissue and discovered a unique capability for 3D imaging that arises, counterintuitively, by illuminating the sample with blurry, out-of-focus laser light. The team designed and built a new system at Colorado State University to collect data. The data was then reconstructed with computational imaging algorithms. The experiments verified an entirely new form of optical tomography, producing outstanding validation of the experimental predictions.

"A key to the experimental demonstration of this new nonlinear tomographic imaging was a custom, high-power laser, designed and built by CSU graduate student Keith Wernsing," said Randy Bartels, professor in CSU's Department of Electrical and Computer Engineering and paper co-author. "This source was integrated into a custom off-axis holographic microscope [pictured above] that used a high numerical aperture condenser lens defocused for widefield illumination. It is this special illumination condition that allows the nonlinear optics to create the second-harmonic generation signal and obtain information to form a 3D image. This work is an exciting example of how close dialogue enables refinement of both theory and experimental design to produce innovative new concepts."

Added Varun Kelkar, an ECE graduate student who formerly worked with paper co-author Professor Kimani C. Toussaint, Jr.: "HOT started out as an interesting theoretical project I worked on with Professor Popescu as a part of his graduate level microscopy course in my first year of grad school. Developing the idea required synthesis of concepts from several sub-fields of optics that I learned throughout my undergrad and grad school. I am excited to see it mature into a functioning experimental prototype." Kelkar is currently a member of Professor Mark Anastasio's Computational Imaging Science Lab at University of Illinois.

The researchers used two types of samples to test their theory, said Chengfei Hu, a graduate student in the Popescu group. The first was a manufactured crystal that is typically used for generating nonlinear signals. The second was a biological sample where they used a muscle tissue. The technique is useful for looking at objects that are difficult to study by conventional imaging methods.

Collagen is an extremely bright generator of second harmonic using the same process that makes green light in a laser pointer. As collagen is the most abundant protein in the human body, the ability of collagen nonlinear properties can change the frequency of the light that they used in this new tomographic imaging approach, Popescu said. "Most investigators look at it in 2D and not 3D," he said "Using this technique, we can use the orientation of the collagen fibers as a reporter of how aggressive the cancer is."

According to Jeff Field, director of the Microscopy Core Facility at CSU and a research scientist in electrical engineering: "This new type of tomographic imaging could prove to be very valuable for a wide range of studies that currently rely on two-dimensional images to understand collagen fiber orientation, which has been shown to be prognostic for a number of types of cancer."

Field, who helped design and build the HOT microscope, compared this new tomographic strategy to other forms of tomography.

"In most tomographic imaging methods, like a CT (computed tomography) scan in the hospital, either the sample or the illumination must be rotated, which can be very challenging to implement on a microscopic scale," Field explained. "With this new method, the sample only needs to be translated in one direction, which simplifies the geometry significantly and minimizes misalignments, making it easier to apply to a wide array of applications."

Field went on to describe how much faster the new HOT microscope is at acquiring 3D data as compared to laser-scanning microscopy.

"The most common method for 3D second harmonic imaging is laser scanning, where a focused beam is moved pixel-by-pixel to form a 2D image. A 3D image is reconstructed from a 'stack' of these 2D images taken from different depths in the tissue," he said. "HOT also collects 2D images as a function of depth, but without the slow process of pixel-by-pixel scanning. This makes it possible to collect 3D images in a fraction of the time that is typically required by laser-scanning."

Unlike typical laser-scanning microscopes, "an additional benefit of HOT is that its speed makes it much less vulnerable to vibrations and unwanted microscope drift, which leads to sharper images and increased repeatability," said co-author Toussaint, a former professor in the College of Engineering at Illinois and now professor in the School of Engineering at Brown University.