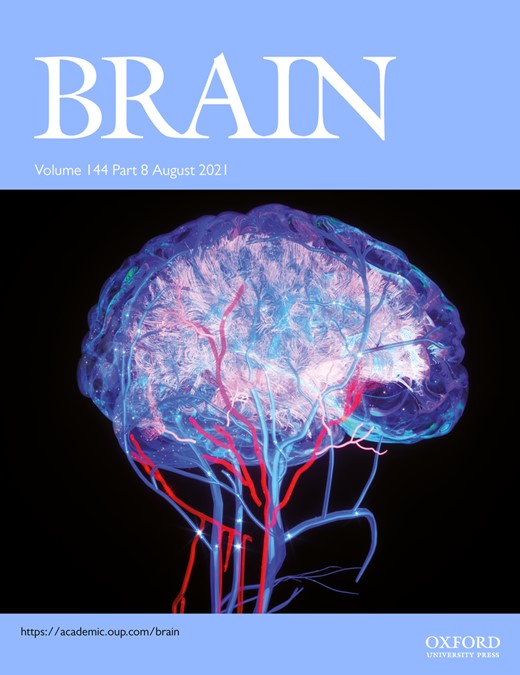 Researchers have identified an anti-viral gene that impacts the risk of developing both Alzheimer’s disease and severe COVID-19. The findings, published in Brain, could open the door for new targets for drug development or tracking disease progression in either disease, and suggest that treatments developed could be used for both conditions. The findings also have potential benefits for other related infectious conditions and dementias.

The researchers estimate that one genetic variant of the OAS1 gene increases the risk of Alzheimer’s disease by about 3-6% in the population as a whole, while related variants on the same gene increase the likelihood of severe COVID-19 outcomes.

“While Alzheimer’s is primarily characterized by harmful build-up of amyloid protein and tangles in the brain, there is also extensive inflammation in the brain that highlights the importance of the immune system in Alzheimer’s. We have found that some of the same immune system changes can occur in both Alzheimer’s disease and COVID-19,” said Lead author Dr. Dervis Salih from University College London (UCL) Queen Square Institute of Neurology and UK Dementia Research Institute at UCL. “In patients with severe COVID-19 infection, there can also be inflammatory changes in the brain. Here we have identified a gene that can contribute to an exaggerated immune response to increase risks of both Alzheimer’s and COVID-19.”

For the study, the research team sought to build on their previous work, which found evidence from a large dataset of human genomes, to suggest a link between the OAS1 gene and Alzheimer’s disease.

The OAS1 gene is expressed in microglia, a type of immune cell that constitutes around 10% of all cells found within the brain. Investigating the gene’s link to Alzheimer’s further, they sequenced genetic data from 2,547 people, half of whom had Alzheimer’s disease. They found that people with a particular variation, called rs1131454, of the OAS1 gene were more likely to have Alzheimer’s disease, increasing carriers’ baseline risk of Alzheimer’s by an estimated 11-22%. The new variant identified is common, as just over half of Europeans are believed to carry it, and it has a bigger impact on Alzheimer’s risk than several known risk genes.

Their findings add OAS1, an anti-viral gene, to a list of dozens of genes now known to affect a person’s risk of developing Alzheimer’s disease.

The researchers investigated four variants on the OAS1 gene, all of which dampen its expression. They found that the variants increasing the risk of Alzheimer’s disease are linked (inherited together) with OAS1 variants recently found to increase the baseline risk of needing intensive care for COVID-19 by as much as 20%.

As part of the same research, in immune cells treated to mimic the effects of COVID-19, the researchers found that the gene controls how much the body’s immune cells release pro-inflammatory proteins. They found that microglia cells where the gene was expressed more weakly had an exaggerated response to tissue damage, unleashing what they call a ‘cytokine storm,’ which leads to an autoimmune state where the body attacks itself.

OAS1 activity changes with age, so further research into the genetic network could help to understand why older people are more vulnerable to Alzheimer’s, COVID-19, and other related diseases.

“Our findings suggest that some people may have increased susceptibility to both Alzheimer’s disease and severe COVID-19, irrespective of their age, as some of our immune cells appear to engage a common molecular mechanism in both diseases,” said Naciye Magusali, PhD student at UK Dementia Research Institute at UCL.

Following the outbreak of the COVID-19 pandemic, researchers from the UK Dementia Research Institute at UCL have pivoted their attention to investigating the long-term neurological consequences of the virus. Using biomarkers found in the blood and fluid surrounding the central nervous system, they are aiming to track neuroinflammation and injury to the neurons.

“If we could develop a simple way of testing for these genetic variants when someone tests positive for COVID-19, then it might be possible to identify who is at greater risk of needing critical care, but there is plenty more work to be done to get us there. Similarly, we hope that our research could feed into the development of a blood test to identify whether someone is at risk of developing Alzheimer’s before they show memory problems,” said Dr. Salih. “We are also continuing to research what happens once this immune network has been activated in response to an infection like COVID-19, to see whether it leads to any lasting effects or vulnerabilities, or if understanding the brain’s immune response to COVID-19, involving the OAS1 gene, may help to explain some of the neurological effects of COVID-19.”

The study involved researchers at UCL, University of Nottingham, Cardiff University, and Nottingham Trent University. The work was funded by the UK Dementia Research Institute (DRI), which receives its funding from the DRI Ltd, funded by the UK Medical Research Council, Alzheimer’s Society and Alzheimer’s Research UK. Further support was provided by Alzheimer Nederland, Erasmus, the European Union’s Horizon 2020 programme, the European Federation of Pharmaceutical Industries and Associations and the National Institute for Health Research UCLH Biomedical Research Centre.