As soon as Sherry S. Wang, MBBS, FRANZCR, of the University of Utah, finished her Fast Five presentation during the 2019 Radiological Society of North America meeting, she was met with enthusiastic applause from the audience. 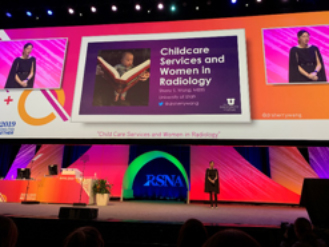 Her discussion, titled “Child Care Services and Women in Radiology,” delved into the “motherhood penalty” that appears to play a role in the lack of women in leadership positions within the field, and pinpointed the absence of accessible and affordable childcare options as a major contributor.

“Being a good mother and a good radiologist shouldn’t be mutually exclusive,” Dr. Wang said.

The crowd’s reception was just one indication that the lack of women in leadership roles is a high priority for many in medical imaging. @drsherrywang

What’s more, a recent article stated that at the current rate of women entering academic medicine, it will be 50 years before an equal number of women and men are in leadership roles.

A recent report found that, globally, only one in three radiologists is female and female representation among leadership boards was more than 50% in just two countries (El Salvador and Denmark). “This phenomenon has been well documented in academic medicine in the United States,” the study authors wrote.

“Women are severely underrepresented in radiology in general, and when you get into radiology leadership, it even decreases further,” said Nina Kottler, MD, Vice President of Clinical Operations, Radiology Partners, in Manhattan Beach, California, during an AR Connect: Expert Discussions session with Applied Radiology. @RadKottler

AI Making Its Mark in Radiology

At #RSNA19, it was clear that Artificial Intelligence (AI) is the future of medicine, and radiologists in that space will have plenty of opportunity to leverage its power in the coming decades. But this AI focus also shines new light on radiology’s gender gap, with one study of 4,000 researchers finding that only 13.4% of AI researchers in the U.S. are women.

Diversity in data is also critical in the development of AI products and services. With the field’s increasing reliance on data, the risks of data bias are becoming higher. AI companies need to actively address data bias by focusing on diversity based on a variety of factors, including ethnicity, gender, socio-economic background and time of diagnosis. 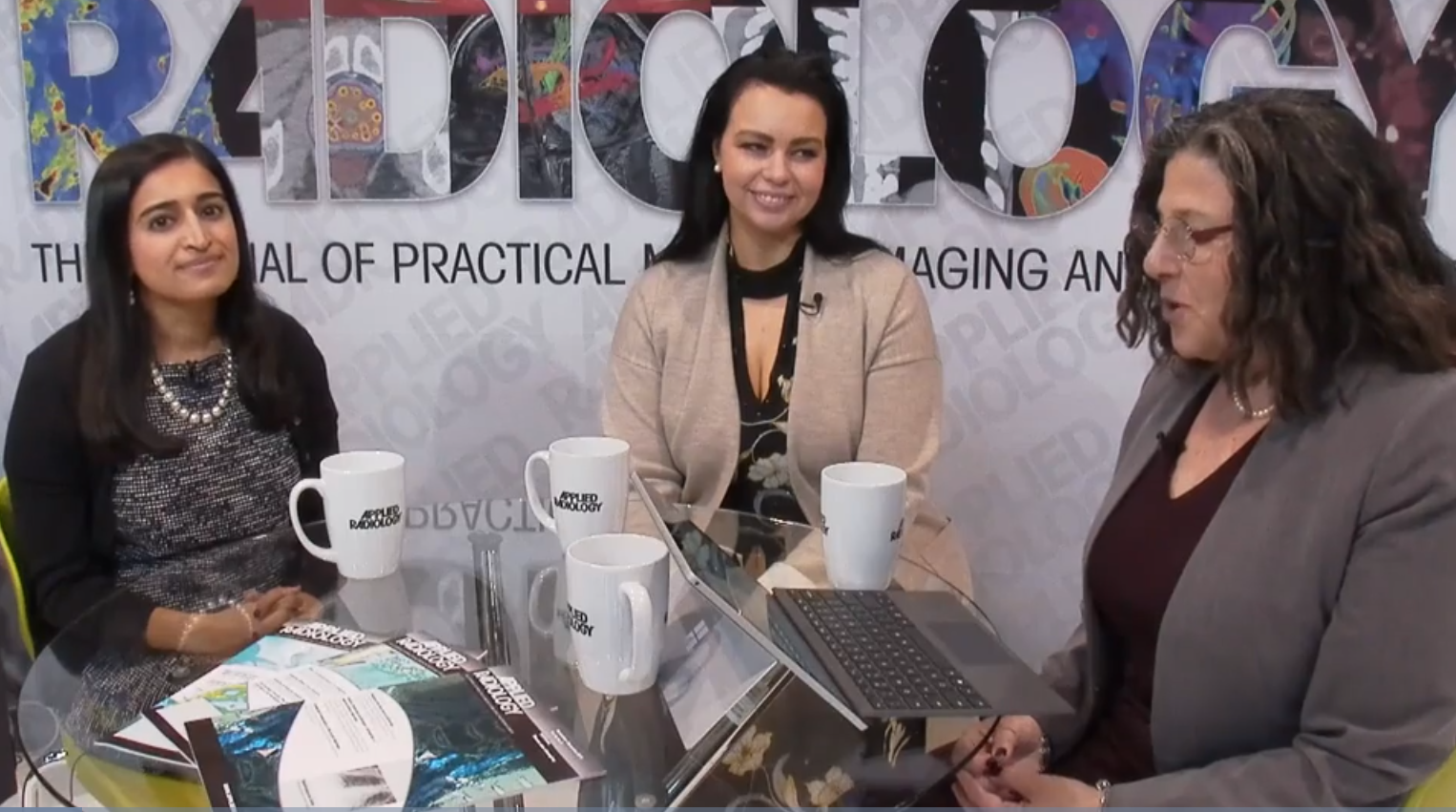 “Diversity of patient populations is something we need to keep in mind when we're gathering data for an algorithm,” said Sonia Gupta, MD, Director of Ultrasound Services at Beth Israel Deaconess Medical Center, and an Instructor of Radiology at Harvard Medical School. Dr. Gupta discussed this topic with Applied Radiology during a “Diversity in Data” AR Connect: Expert Discussion at #RSNA19. @SoniaGuptaMD

All of this data – and the Fast Five audience – points to the need for more women to choose radiology as a specialty and participate in technology advancements within the field.

A passion for leadership in radiology

Geraldine McGinty, MD, MBA, FACR, is an associate professor of radiology, and healthcare policy and research, at Weill Cornell Medicine (WCM) in New York City, where she also has a clinical practice. As a radiologist who specializes in the detection and diagnosis of breast cancer, she is a passionate advocate for quality imaging and its role in health care.

Dr. McGinty is familiar to many on Twitter, where she’s posted more than 23,000 tweets and has more than 12,000 followers. @DrGMcGinty

She is also an internationally recognized expert in imaging economics and, in May 2018, she was elected Chair of the American College of Radiology's (ACR) Board of Chancellors – the first woman to hold the office.

While she’s honored and proud of this accomplishment, she says her appointment only highlights the women who could have – and should have – held this role before her.

Dr. McGinty says both mentorship and sponsorship are important to supporting women in radiology, but sponsorship is especially critical to helping them rise through the ranks into leadership positions.

“My own career has benefited greatly from sponsors finding opportunities for people,” she says. “It’s about expanding our idea of who should be in radiology and making sure that we don't ever forget to bring different people into the room.”

She put that theory into practice at an ACR retreat to discuss new payment models under the Medicare Access and CHiP Reauthorization Act of 2015 (MACRA) legislation, when she invited two residents to attend this important discussion about the future of their specialty.

“I like to always bring people into the room who might not otherwise be there, because that's how you develop the leaders of the future,” she says.

Although addressing the gender gap in radiology leadership is important, Dr. McGinty believes it’s also critical to influence change for underrepresented minorities, such as radiologists in the LGBTQ community, to have leadership opportunities and feel included in their field.

“I think diversity along all of its axes is important. We need to be open to people who bring in different backgrounds and values,” she said.

But an open mind is just the beginning to a true “sponsorship” model that not only opens doors for women and minorities, but also takes a compassionate view of the obstacles they’ve faced and actively addresses these barriers.

“You don't just open the door and think you've succeeded,” she says. “We also have to acknowledge the stress and loneliness of being the only person in the room who looks different, and then we have to imagine trying to get up the courage to say something that doesn't align with the prevailing view.”

She says this is the first step to giving a wide range of qualified people opportunities to have a seat at the table and to have a voice in the process.

“As leaders, we really need to make sure that we enable and empower those different voices and support them once we've given the opportunity for them to be in leadership.” Watch the interview with Dr. McGinty below.