Bridging the gap between radiologists and surgeons for better patient outcomes

I went into the 2018 Radiological Society of North America’s (RSNA) annual scientific exhibition with a picture of medical imaging’s place in the healthcare universe based on the need to bridge the gap between radiology and surgery. I came away believing more passionately than ever that bridging that gap is absolutely a critical part of the enterprise/interoperability solution to achieving the best outcomes for our patients.

At RSNA ’18, the emphasis was for radiology to be at the “hub” of all relevant data dealing with patient care. I thought that was an excellent idea, provided that we indeed bridge the gap between radiology and surgery.

During the last few years I’ve been involved in developing ways to treat Major Aorto-Pulmonary Collateral Arteries (MAPCAs) – a rare but very challenging area of investigation in pediatric cardiac surgery. I can’t imagine a better way to address this challenge than for radiologists and surgeons to work together to plan and strategize the best way to correct the extensive congenital anomalies in these tiny infants and be able to save their lives. A solution to bridging the gap between radiology and surgery is recognizing what Vinodh Kumar, MD, of the MD Anderson Cancer Center so eloquently pointed out for neuroradiology at RSNA ’18:

“It is no longer adequate to analyze complex brain and skull-base tumors on 2D flat monitors,” Dr. Kumar told the attendees. “The future of neuroradiology is in advanced techniques such as virtual reality and augmented reality, which produce a dynamic, interactive 3D view of the patient’s imaging.”1

Other radiology leaders have provided food for thought with regard to seeing and digesting medical data. “Medical data and insights, embedded within medical images, are often undetectable via routine visual analysis based on two-dimensional views,” write Gillies et al.2

As far back as 2012, I also discussed the 2D/3D issue raised by Dr. Kumar in detail in this journal.3

The “hub” may serve as a data analysis and storage area, combined with other cognitive processes (machine intelligence). However, it is the intuitive process (human intelligence) that can guide efforts to bridge the gap between radiology and surgery, allowing for “thinking outside the box” and resulting in improved patient outcomes.

Upon seeing a demonstration of Interactive Virtual Reality (IVR) during the 2012 RSNA scientific meeting, a radiologist commented, “Wow, with IVR I can speak intelligently with the surgeon.” A few months later. a surgeon, upon seeing IVR in action, commented, “With this technology I can use the workstation. I’ve never opened up a patient before and seen a 2D view.”

Bridging the gap between radiologists and surgeons for better patient outcomes.  Appl Radiol. 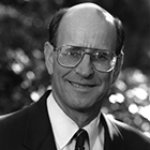