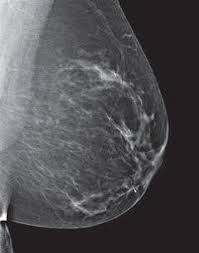 The University at Buffalo has received a four-year, $1.4 million grant from the National Institutes of Health (NIH) to develop a new, portable breast-imaging system that has the potential to better identify breast cancer.

Called a dual scan mammoscope (DSM), the device combines light and ultrasound technology to better screen patients with dense breast tissue — a population that includes nearly half of women.

Traditional mammograms are the best tests doctors have to detect breast cancer early, according to the Centers for Disease Control and Prevention. However, they are less effective for patients with dense breast tissue, with accuracy rates as low as 62%, says UB researcher Jun Xia, the study’s lead investigator.

Supported by the NIH’s National Institute of Biomedical Imaging and Bioengineering, the team will advance the technology to achieve better breast coverage, enhance ultrasound capability and improve the screening of tissues closer to the chest wall. The investigators will develop an algorithm to display three-dimensional images that can be more easily read by radiologists as well.

The researchers will also collaborate with Roswell Park Comprehensive Cancer Center and Windsong Radiology Group to recruit volunteer participants and image nearly 180 breast cancer patients to investigate the photoacoustic and ultrasonic characteristics of breast cancer and, ultimately, improve the images produced by the DSM.

An earlier stage of the study was supported by funding from Susan G. Komen.

“The ultimate goal of this project is to address the unmet clinical need in breast cancer screening for women with high breast density. We believe it has the potential to help detect breast cancer earlier, thereby increasing survival rates,” says Jun Xia, PhD, associate professor in the Department of Biomedical Engineering, a joint program of the UB School of Engineering and Applied Sciences and the Jacobs School of Medicine and Biomedical Sciences at UB.

A new method for screening

Patients with high breast density — who have breasts that contain a greater amount of glandular and connective tissue compared to fat — are at twice the risk of breast cancer compared to patients with mostly fatty breast tissue.

To achieve enhanced screening results in patients with dense breast tissue, the DSM under development at UB will utilize both ultrasonic and photoacoustic imaging. The device uses a laser to illuminate breast tissue, which, in turn, generates acoustic waves that are measured by ultrasound technology. The DSM features two simultaneous scans — one working from the bottom of the breast, while the other works from the top.

The DSM is similar to traditional mammograms that utilize x-rays in that patients stand upright to have their breast compressed for imaging. However, the DSM is a radiation-free test, and requires only mild compression of the breast, likely reducing the severity of pain that patients might experience during the procedure.

Alternative imaging methods exist, including MRI. But MRI tests are costly, have limited availability and require injection with contrast agents that may cause allergic reactions.

In previous studies, the researchers used the DSM to scan various breast sizes. The device is one of the first to successfully use photoacoustic technology to image 7 centimeters of tissue, says Xia. The team aims to increase coverage to more than 9 centimeters, he adds.

The research team will also work with Marvin Doyley, PhD, professor and chair of the Department of Electrical and Computer Engineering at the University of Rochester, to develop ultrasound elastography.