The 3-Piece Suit Radiologist: Radiologists, unite to save the profession

“Join, or Die.” was a famous cartoon created and published by Benjamin Franklin in his Pennsylvania Gazette on May 9, 1754. It depicted a segmented snake representing the 13 original U.S. colonies. Franklin used the cartoon to emphasize the importance of colonial unity to victory in the French and Indian War. The cartoon later came to symbolize American freedom during the American Revolution.

The snake on the Rod of Asclepius, our modern-day symbol of medicine, has also become fragmented. We have all heard of the expression, “the forgotten man.” Well, we have become the “forgotten physicians;” with every passing day, we lose the practice of medicine to the Big Three: Big government, Big corporations and Big health insurers.

At this time of dysfunction in the American healthcare system, we radiologists need to come together and fight united to keep the quality of medicine at its highest level.

Indeed, when we hear government officials speak about “new” changes to health care, they rarely, if ever, utter the word “doctor.” They’re more worried about the poor insurance companies that have had to leave many states, claiming a necessity to drop out of the Affordable Care Act because they are “going broke.”

Oh, really. Then why are their stock prices, CEOs’ compensation and stock options increasing? (Recall that it was the health insurers that helped to create this problem in the first place by teaming up with government to create the failing ACA plans, yet they claim to be innocent victims.)

Meanwhile, those same insurance companies continue to present their clients with unsustainable plans, raise patients’ premiums and deductibles, and reduce their compensation to us doctors. At the same time, they continue receiving government bailouts on our dime. If you think about it, we doctors are getting knocked in the teeth twice: first by the insurers, who make more money by paying us less, and then by the government, which forces us, as taxpayers, to sponsor the insurance bailouts.

We have a disconnected corporate healthcare system that is driven by too much bureaucracy, and it needs to stop. We physicians and our patients are suffering greatly; we won’t have any doctors if this pattern continues.

Even our medical societies have been tainted. Although they generally do great work, I have seen the erosion of the American College of Radiology (ACR) and the Radiological Society of North America (RSNA) over time through their deeper ties with the big corporations, insurers, lobbyists, and politicians.

But take a look around.

We radiologists are no longer the societies’ top priority. They are heavily involved with corporations, insurers, and healthcare systems. It is becoming increasingly difficult to see how they champion the hard-working, bread-and-butter radiologist. The RSNA meeting, in particular, has become almost unrecognizable. The prior emphasis on radiologists’ organically produced research is falling by the wayside. To be sure, the RSNA has research grants for residents, which is great, but even these have evolved into window dressing.

Societies and academia have gotten too cozy with big corporations, and their previously independent research has been bought out by big industry. (Remember when it used to be almost an embarrassment to recite or display a disclaimer at the beginning of an RSNA presentation?) They court industry with the gold, silver and bronze sponsorships listed in the back of their glossy programs. We radiologists possess high levels of knowledge and experience; yet we increasingly are treated more like peasants.

The only way to fight this polluted system is to start afresh with a new organization. I propose the “Real Society of Radiologists,” or RSR. As members, we could form our own co-ops, and we could carry our services across state lines. Patients would like these co-ops, because they would be more affordable: No middleman, better care, and cheaper prices. We could create our own business model.

Members of the RSR would not bow and scrape to corporations, to insurers, to politicians, or even to academia. They would strive to deliver the finest care to patients, who would be direct clients, with none of the strings of the middlemen attached. Members would meet and discuss their concerns in a real and thoughtful way, far from the manipulations or influence of corporate medicine. They would produce independent research that would be meaningful to all of us radiologists, our patients, and our profession.

Indeed, I believe it is time for a complete radiology ablution. The corporate practice of medicine is swiftly becoming the corporate control of medicine. If we radiologists do not attempt to change this pattern, both our patients and our profession will suffer.

The only way we can save our profession and, more importantly, our patients, is by coming together and speaking in one true voice. Without it, corporate medicine will destroy health care altogether, and we will have little left of our noble profession.

In the words of Benjamin Franklin, “Join, or die.” 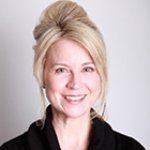