MRI may provide useful information for preoperative planning relating to pelvic adhesions, according to a multidisciplinary team of radiologists and gynecologic surgeons from Yale University School of Medicine in New Haven, CT. A study they conducted of 99 patients to evaluate the ability of MRI to identify pelvic adhesions showed that MRI had high specificity. 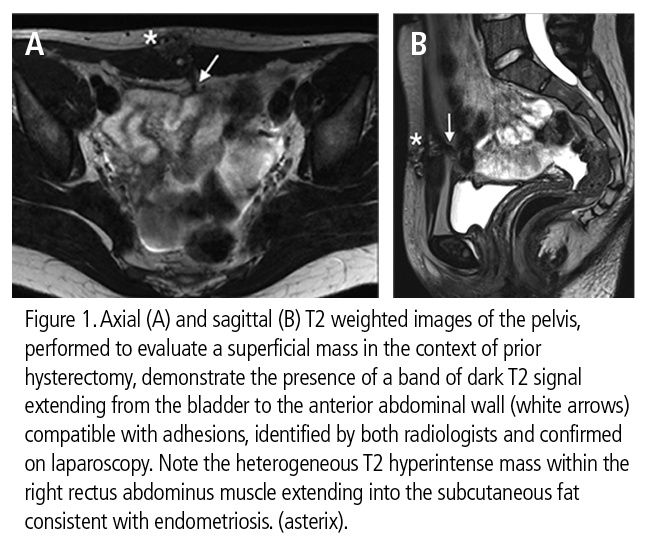 Currently, only surgery can identify pelvic lesions. If a non-invasive imaging exam could identify or rule out the prevalence of pelvic lesions, not only might a percentage of surgical interventions be avoided, but the information provided from the exam might help optimize surgical planning. Matthew L. Macer, M.D., a gynecologic surgeon of the Departments of Obstetrics, Gynecology, and Reproductive Sciences, and colleagues conducted a study of 99 patients who had a pelvic MRI prior to surgery to evaluate whether MRI could identify pelvic adhesions. 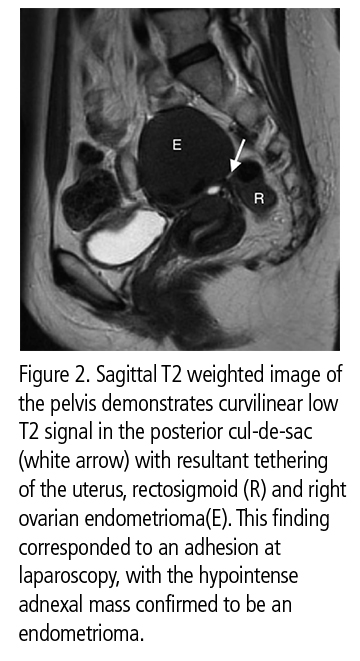 One radiologist identified 76 adhesions in 38 patients and the other identified 39 adhesions in 28 patients. The most common location found was the posterior cul-de-sac. The authors reported that the sensitivity ranged from 38%-73% with specificity ranging from 78%-95% for one radiologist. Sensitivity ranged from 0% to 64% with specificity ranging from 91% to 99% for the other radiologist. Accuracy was highest in the anterior cul-de-sac at 88%. The authors reported that MRI was significantly more accurate in the anterior cul-de-sac than the pelvic sidewalls, and significantly more accurate when evaluating the posterior-cul-de-sac than the left pelvic sidewall.

“MRI proved to be greater than 90% specific in all pelvic quadrants other than the posterior cul-de-sac. The high specificity means that if pelvic adhesions are seen on MRI, they will likely be encountered intraoperatively, with a very low false-positive rate,” wrote Dr. Macer and colleagues. The sensitivity was poor, which they proposed could be secondary to the standard MR slice thickness being too thick to detect thin adhesive disease. They believed this could be rectified if MR was performed using thinner slices when directly looking for adhesions.

MRI is not routinely used in preoperative planning, but if it were, imaging findings could help surgeons decide on the surgical approach and if specialty-specific backup would be needed. If multiple adhesions were identified on MRI, this information could potentially aid in nonsurgical staging of endometriosis in infertility patents and might prevent surgery for adhesiolysis in patients with severe forms of the disease. The authors also suggested that MRI could have clinical utility in diagnosing the etology of adhesions-related pelvic pain.