Guest Editorial — Attending vs. Resident: Battle of the Titans?

Epic archenemies, all of them, whose battles changed the course of history, for better or worse.

Yet even these legendary clashes have nothing over the colossal battle of wits and wills that takes place in academic radiology departments everywhere when an attending squares off against a resident in the pulse-pounding, nerve-jangling encounter of good vs. evil better known as interesting case conference—or coffee rounds—depending on whether or not one drinks coffee.

Even the wiliest of residents has been known to crack under the relentless pressure of these harrowing encounters, in which the interrogator—their attending—routinely employs psychological intimidation, verbal backstabbing, and mental torture reminiscent of the Spanish Inquisition.

Why do attendings treat residents so despicably?

Not because they deserve it (they do), but because it’s widely known that residents learn best when the stakes are high. Think of it as a form of Russian roulette: If every chamber’s empty, why bother playing?

Yet, despite appearances to the contrary, attendings are not all vicious sadists; they really don’t enjoy humiliating and demeaning residents. They do it because it is their sacred duty to help these hopeless greenhorns become productive members of our hallowed profession, even if it kills them.

To their credit, not all residents passively accept their fate like lambs being led to the slaughter. Indeed, many have devised increasingly sophisticated and diabolical strategies for fighting back. Some, for example, have had their names legally changed to Elmo or Octopussy, fully aware that no self-respecting attending will ever call on them again. Another popular tactic is to stare off blindly into space, refusing to make eye contact with their interrogator. As every resident knows, attendings have been programmed since birth to call on residents who dare look them in the eye. But crafty residents of the new millennium never do—not unless they have a death wish.

Others are even more creative and conniving in the art of subterfuge. Such trainees fall into a variety of categories, and it is to them I pay homage. See if you recognize a few of the more common types in this lineup:

These residents throw compliments at attendings like confetti on New Year’s Eve. They set up their interrogators with preliminary banter like, “Nice tie” or “Great cologne,” and then go for the jugular, nonchalantly adding: “Did you lose weight?” If you seriously believe a fast-talking resident can make a mockery of the Socratic teaching method just by sucking up to the attending, you’d be spot on. It works every time.

These residents have trouble making commitments. Most trainees in this category have been dating the same person since the Spanish-American War and still can’t make up their mind whether to take the relationship to the next level. If you ask the Equivocators their favorite color, they answer, “Red. No, wait, blue—but I can’t rule out yellow.”

How in the name of everything holy are these residents supposed to make a definitive diagnosis about anything? Instead, they duck and weave all over the place, spewing truisms such as, “It looks like celiac disease, but if it’s not, it could be scleroderma, unless it is celiac disease, but I have my doubts.” Talk about healthy skepticism. Try getting these residents to admit the world is flat. Good luck with that.

These residents unleash preemptive verbal strikes to avoid discussing a case before the attending even gets started. A few time-tested favorites:

“I forgot my glasses.”

“Did you know about my cataracts?”

“My brain tumor’s been acting up again.”

The Apologists often suffer from a fulminant form of laryngitis that waxes and wanes, depending on the case. Afflicted individuals hold up a sign with a foolproof explanation for their reticence: “If I try to speak, it could be fatal.” They could be confabulating, of course, but the attending who challenges their veracity risks a major lawsuit, assuming he hasn’t been strung up first by an angry mob of residents. If you were the attending, would you take that chance? I didn’t think so.

These residents have the extraordinary ability to transport their consciousness through the vortex of space into the attending’s mind, where they gain unfettered access to his or her innermost thoughts. I don’t know about you, but I don’t have a whole lot of room in my brain for freeloaders. After ransacking my cerebral cortex, these interlopers could steal my darkest secrets, blabbing about my hemorrhoids or, worse, my obsession with Tom Cruise.

But, in actuality, the Telepaths couldn’t care less about my hemorrhoids or Tom Cruise. The sole purpose of this formidable display of telepathic prestidigitation is to extract from my mind the diagnosis for the next case. As soon as they do, the Telepaths exclaim, “You’re thinking this patient has celiac disease.”

It just so happens they’d be wrong; I’m actually thinking about the last three episodes of Breaking Bad I have on TiVo and desperately need to watch before my daughter replaces them with The Real Housewives of Minneapolis.

You know how it works. When shown a case, the Ventriloquists throw their voice to the opposite side of the room, making it seem as if some unseen resident in the back is shouting out the diagnosis. I used to believe there really was an unseen resident shouting out the diagnosis, presumably because of a pathologic absence of impulse control. But after giving 26,297 conferences, it finally hit me there is no anonymous resident in the back. That’s why the Ventriloquists are called ventriloquists.

More to the point, the Ventriloquists get to have their cake and eat it too. If they nail the case, these residents dazzle us not only with their radiologic prowess, but also with their voice-throwing dexterity. And if, by some twist of fate, they turn out to be wrong, the Ventriloquists simply point in the direction of that unseen, anonymous resident in the back and blithely say, “Nice try.”

These residents laugh in the face of danger and are so fearless they make Evel Knievel look like the Cowardly Lion. The Know-It-Alls gargle with acid, bathe in hot lava, and drive to work in a Corvette convertible—without brakes. What’s more, they’re incapable of self doubt. When these residents have reservations, they’re at the Four Seasons. The Know-It-Alls not only have supreme confidence, but a flair for the dramatic. When they see a case, these residents circle the diagnosis like the Great White shark in Jaws before going in for the kill. “If this isn’t celiac disease,” they declare, “I’ll eat this film.”

Never mind that it’s an image, not a film, and they’d have to swallow the entire screen.

But the Know-It-Alls are oblivious to things like the facts. They blow off the attendings with an impertinent flick of the wrist, making them feel like they’re the poor sap on the firing line. You can’t help but wonder whether these residents will be the next Surgeon General or whether their overconfidence will land them in court for malpractice.

But that’s another story for another day. 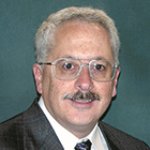