The combination of pediatricians working in hospital emergency departments and radiologists providing counsel remotely can produce point-of-care ultrasound examinations that produce accurate and timely diagnoses, according to a small Italian study published in PLoS One. 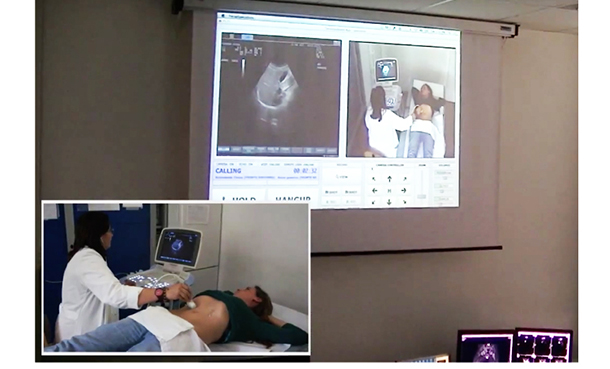 With the advent of point-of-care ultrasound, its increasing use by non-radiologists has generated controversy relating to accuracy of the exam and diagnosis from the images. Because it is unclear how many children who have this type of exam subsequently have a comprehensive examination performed and interpreted by a radiologist, the authors initiated a study to determine if a point-of-care ultrasound exam with guidance from a radiologist would be of high diagnostic quality and not require subsequent ultrasound imaging.

Each study participant had three consecutive ultrasound examinations. The first was performed by a pediatrician who was guided remotely via tele-ultrasound by a senior pediatric radiologist, a process that took a median of less than 7 minutes. The second exam was performed by the radiologist who provided remote guidance, and the third exam was performed by another, independent radiologist. In each scenario, 15 cases were positively diagnosed. Of the 155 cases that the pediatrician diagnosed as negative, the mentoring radiologist identified one positive case and the independent radiologist identified two positive cases (the accurate diagnosis). The authors point out that among the two false negatives in the hands of pediatricians, one was a minimal per-hepatic effusion, while the other was an intussusception that may not have been present when the series of ultrasound exams began.

Low-cost, commercial off-the-shelf equipment was used to transmit the ultrasound images and a video of the pediatrician performing the exam to the remote radiologist. Only two technical difficulties occurred, and more than 75% of the images were rated as being of very good to excellent quality.

The study shows the promise of radiologist-assisted, point-of-care ultrasound exams that are performed by non-radiologists as providing immediate accurate diagnostic information and as offering great potential cost savings. This also could more efficiently utilize the expertise of pediatric radiologists by making them accessible through just-in-time tele-mentoring to multiple healthcare facilities.