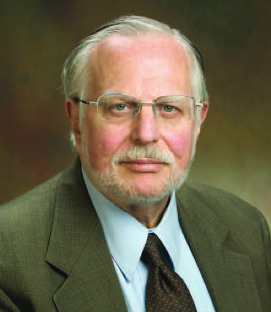 Regular readers will notice that my focus this month is far more personal than usual. On Feb. 23, 2021, the world of radiology lost a giant in Robert A Zimmerman, MD, aged 82.

Bob, or “Z”, as he was known to most, was one of the patriarchs of pediatric neuroradiology. He founded the Neuroradiology section at The Hospital of the University of Pennsylvania (HUP), in Philadelphia, Pennsylvania, at a time when cross-sectional imaging was in its infancy. In December 1974, he performed the first CT scan at HUP – with an 80 x 80 matrix and printed on polaroid film - and diagnosed bifrontal abscesses.

This was primitive compared with the art of film-screen neuroangiography in those times, and worlds apart from the indirect visualization of the brain and its surroundings through pneumoencephalography and myelography. His colleague of more than 50 years, Larissa T Bilaniuk, MD, says they had to figure out for themselves that white areas on CT scans of the brain represented blood. Together they published many of the seminal papers on brain CT findings in a wide variety of disorders, including some of the first descriptions of subdural hemorrhage in the setting of child abuse.

Armed with this new method of seeing the brain, Bob engaged the neuropathologist, Lucy B Rorke-Adams, MD, with an unusual request. Rather than sectioning the brain coronally for pathologic examination, could they cut it axially to compare the anatomy more directly? This led to developing some of the first joint lectures correlating cross-sectional neuroimaging and neuropathology, and another partnership of nearly half a century.

Bob and Larissa alternated sitting side-by-side with the technologists, operating the new scanner all-day-through until midnight in those early years. A young tech aide started asking questions about the technology; Bob recognized her potential and took her under his wing. With his encouragement, she enrolled in radiologic technologist school. Eventually Bob oversaw the installation of the first 0.15T General Electric MRI system at HUP, where two technologists were assigned to learn this new modality. One was that former tech aide, Christine Harris. Bob was instrumental in helping to launch her 50-plus year career in radiology, which has culminated in her current position as Corporate Director of Medical Imaging at Thomas Jefferson University Hospitals in Philadelphia, and as the first radiologic technologist on the Applied Radiology Editorial Advisory Board.

In 1988, Dr Zimmerman moved to the Children’s Hospital of Philadelphia (CHOP), becoming the first chief of the Division of Pediatric Neuroradiology and MRI, a position he held until his retirement in 2018. An endowed chair was created at CHOP in his honor.

Bob was a prolific researcher, with over 500 publications, and he was a globally sought-after lecturer. He trained and mentored scores of pediatric neuroradiologists, many who have gone on to lead the field around the world. Numerous honors were bestowed over his long and illustrious career, including honorary memberships in various European radiology societies and the Outstanding Contributions to Research Award by the American Society of Neuroradiology.

Bob was also a Past-President of American Society of Pediatric Neuroradiology and was honored with the society’s Special Achievement Award. From 1989 through 2005, he was the USA editor-in-chief of Neuroradiology.

Those of us fortunate enough to work with Bob remember how his laugh would frequently echo through the halls. His love of travel, good food, and good wine were legendary, and each work week would start with stories of great adventures from days gone by or of working in his gardens and vineyard. The fruits of his labors were always shared generously.

Most importantly, he was a devoted husband to Dianne, his wife of over 60 years, and a doting father and grandfather.

Rest well, Z. You are missed.

Acknowledgement: Many thanks to Larissa Bilaniuk for sharing their stories. 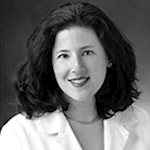 Dr. Schwartz is the Editor-in-Chief of Applied Radiology. She is the Chief of the Division of Neuroradiology and holds the Robert A Zimmerman Chair in Pediatric Neuroradiology in the Department of Radiology at The Children’s Hospital of Philadelphia. She is also an Associate Professor of Radiology, Perelman School of Medicine, University of Pennsylvania.