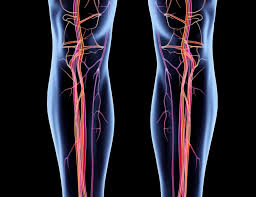 VOTIS Subdermal Imaging Technologies, Ltd., an Israeli corporation, and ii Ventures Private Limited (iiV), an Indian company, have entered into a memorandum of understanding to develop a system to screen the largely rural Indian population for peripheral artery disease (PAD). The devices, which allow for the early detection of the disease before tangible symptoms appear, will utilize the same technology that VOTIS is building into other devices intended for use in the US and Europe.

"PAD afflicts between 41 and 54 million Indians. Many of these people are impoverished, illiterate, and lack access to good healthcare," said Alfred Arambhan, Co-Founder and Mentor of iiV. "There is a great need for a system that is convenient, accurate, and affordable. We have found it in the VOTIS technology."

"In India, access to healthcare among the rural population is extremely limited," Mr. Arambhan explained. "Preventative healthcare is especially difficult to implement. In poor rural communities, preserving feet is crucial. Since rural life is agricultural, when someone loses a foot to amputation he is in a particularly desperate economic state, even as compared to the urban poor."

Mr. Arambhan continued, "India has been declared the Diabetic Capital of the world. Our initial plan is to establish VOTIS solutions in villages throughout India, and to create a robust and reliable platform for introducing and launching similar devices and solutions in the future. We are gratified that our plan has received encouragement and support from Governmental, private, and NGO sources in India."

"Our technology is especially suited for the Indian market," said Merrill Weber, Chief Executive Officer and President of VOTIS. "Our devices are entirely non-invasive and do not use X-rays (Roentgen) or other ionizing radiation. They are inexpensive and dependable. In India, the screening devices will enable easy, intuitive use. That will permit testing to be performed by technicians and nurses in the villages rather than medical doctors at hospitals or clinics. People found to have PAD will immediately be directed to specific locations where they can receive suitable medical treatment. With early disease identification and quick access to medical care, we expect incidence of PAD-related amputation to be reduced substantially."

Mr. Arambhan added, "We look to this plan to be a game changer in the Preventive Health Care Space in India."

The VOTIS devices use vascular optical tomographic imaging, or VOTI, an imaging technology developed under the leadership of Prof. Andreas Hielscher, professor and chair of the newly-formed Department of Biomedical Engineering at the New York University Tandon School of Engineering. The technology was developed in Prof. Hielscher's biophotonics and optical radiology laboratory, which he ran as professor of biomedical engineering, radiology and electrical engineering at the Fu Foundation School of Engineering and Applied Sciences at Columbia University.

VOTIS plans to release its devices commercially in 2022.