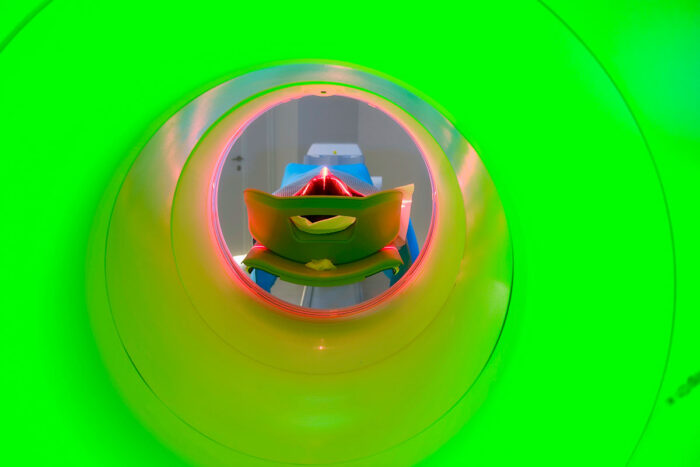 Many of the most common diseases — cancer, diabetes, cardiovascular and lung disease, and even COVID-19 — have been linked to chronic or excessive inflammation. Blood tests can indicate that some part of a person’s body is inflamed, but doctors don’t have a good way to zero in on the site of inflammation and visualize the problem to help them choose the best course of action.

Now, researchers at Washington University School of Medicine in St. Louis have developed an experimental imaging agent that illuminates the location and the intensity of inflammation. The agent, known as Galuminox, has shown promise in imaging inflammation in the lungs of mice with acute lung injury, the researchers report in Redox Biology.

The agent is designed to detect inflammation via positron-emission tomography (PET) scans. Such scans are not invasive, so they could be performed repeatedly to monitor a patient’s response to anti-inflammatory medication or to track the development of inflammation in chronic diseases.

“Doctors don’t have a good way to image inflammation at earliest stages, which can hamper the diagnosis and treatment of disease. We focused on lung injury in this paper, but in principle, this tracer could be applied to other conditions where you have inflammation: atherosclerosis, cardio- and pulmonary toxicity caused by chemotherapy, transplant rejection, you name it,” said senior author Vijay Sharma, PhD, a professor of radiology at the university’s Mallinckrodt Institute of Radiology (MIR) and a professor of neurology and of biomedical engineering. “If we had approval today, this tracer could even be used for COVID-19. The kinds of scans doctors can do right now on COVID patients’ lungs tell you whether there is inflammation there but not how bad it is. A tracer like this could give doctors more information to make clinical decisions.”

Inflammation is how the immune system responds to infection or injury. Immune cells become activated, and some produce toxic molecules called reactive oxygen species that destroy bacteria and viruses. Sometimes inflammation does not resolve after the initial threat is eliminated. Such persistent inflammation has been linked to chronic diseases ranging from asthma to cancer, but there are no imaging agents approved by the Food and Drug Administration specifically targeting the molecular signs of inflammation.

To assess the potential use of the imaging agent in a disease setting, co-author Andrew Gelman, PhD, a professor of surgery, and colleagues modeled acute respiratory distress syndrome, a leading cause of intensive care death that can rapidly develop in patients with little to no warning. To do this, they injected mice with lipopolysaccharide, a molecule that stimulates reactive oxygen species production and is a component of many types of bacteria known to cause this disease.

PET scans revealed that the imaging agent was concentrated in the lungs of mice that had received lipopolysaccharide, and higher retention in lungs correlated with measurements of poor pulmonary function associated with this disease.

“Visualizing reactive oxygen species generation should us allow us to better define patterns of tissue damage easily,” Gelman said. “This tracer could help us assess changes in reactive oxygen species generation over the course of a disease progression, which would provide clinicians better information on when it’s best to start and suspend therapy. Until now, we haven’t had a tool to do that.”

All PET tracers include a radioactive component that decays quickly, so the radioactive part must be made on site just before use. In general, this means that a hospital or research center that wants to do PET scanning needs to have access to a multimillion-dollar cyclotron to produce the radioactive components on demand. As a metal, however, gallium-68 can be produced with only a generator, which costs closer to $50,000, making it potentially affordable for sites with limited imaging budgets.

The researchers are now studying whether Galuminox can be used to study diseases characterized by chronic inflammation, such as lung transplant failure.

“Almost everyone who gets a lung transplant eventually ends up with transplant rejection, and we think it has to do with reactive oxygen species,” Gelman said. “The typical lung transplant only lasts about five to six years. We think that a lot of the irreversible changes in the lungs occur before the patient has symptoms. By the time they start having difficulty breathing, it may be too late for effective treatment. If we could detect signs of inflammation early, we might be able to intervene at an earlier stage and extend the life span of the transplant. That’s what we’re looking at now.”

Further development of Galuminox at MIR will be carried out in Sharma’s laboratory in collaboration with Washington University’s PET Radiotracer Translation and Resource Center, funded by the National Institute of Biomedical Imaging and Bioengineering. Led by Robert J. Gropler, MD, a professor of radiology and a co-author on this paper, the resource center aims to develop new PET tracers capable of delivering precision noninvasive imaging to improve diagnosis and understanding of a wide range of diseases.